What is the Scope for Fashion Designing in India?

What is the Scope for Fashion Designing in India?

Fashion design is the applied art devoted to the designing of clothing and lifestyle accessories influenced by cultural and social attitudes. Fashion designing has come a long way from the designer clothes worn by the royalty of the ancient world to the haute couture products of the present.

This field has an extreme potential of growth, especially in a country like India and is also one of the most appealing, lucrative, exciting and glamorous career options in today's world. If you are someone with a penchant for style, aesthetic, creativity, style and originality, a career in fashion designing is the one that is perfectly tailor-made for you.

Moreover, if you look at it, the fashion industry delivers both the creative fancies and the materialistic needs of the people, and it also promises fame, success, glamour, and a high pay package to those talented ones.

However, this is a demanding career and will require you to combine creativity with managerial skills to sustain. That is why if you are someone who can create magic with colours, shapes and designs, then surely obtain a professional course to begin a successful career in the alluring world of fashion designing.

Few talented fashion designers from India would include names like:

She graduated in 2009, in Apparel Manufacture and Design from a college in Mumbai and after that launched her self-titled label Masaba. She debuted as part of Lakme Fashion Week's Gen Next show for up-and-coming designers and her signature style – a combination of modern flair & traditional Indian aesthetics brightened by vibrant, quirky prints – was an instant hit.

A-listers in Bollywood wear her designs, and few names include Sonakshi Sinha, Kareena Kapoor Khan, etc. Since her debut, Masaba Gupta has won several awards that include the PETA India's Most Talented Designer of 2013 & L'Oreal Paris Femina Award for Best Emerging Designer in 2012

He created a name in the fashion industry for himself as he had immense capability to understand and then create Indian ornated couture. He embarked on his professional journey through Bollywood choreography, but soon his destiny took him to rock the ramp with his designs.

Vikram Phadnis set to the fashion quest without any formal training, but in his 15 years old fashion career he has made a star brand of himself. He is now considered the most celebrated fashion stylist and film costume designer in Bollywood.

This London-born and Mumbai-raised designer got his first stint into the world of fashion as a model. However, soon after in 1990, he made a career as a Bollywood costume designer & has since become one of the most recognizable names in Indian fashion.

Throughout his illustrious career, he has styled over 1000 films and is accredited with redefining and modernizing costume designing in Bollywood. He launched his high couture label in 1998 that earned him a place in mainstream fashion. Presently he is known for his contemporary & luxurious style that fuses traditional Indian fabrics and embroidery, and colours.

These are just some of the examples of renowned designers who made their mark in the fashion industry. With more and more Indians loving the idea of dressing up and focused on looking good, there is an increase in awareness about fashion in India and this is the perfect time to venture into this field. 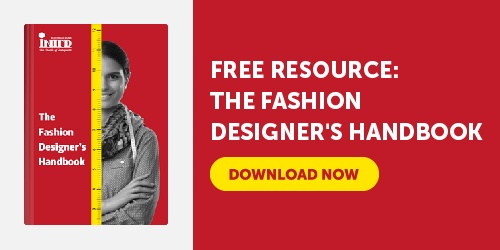 Related Post -Who should choose to Learn Fashion Designing?