Just like any other industry connected with the sort of dynamism and largely (subjective) distinctive pool of fresh ideas, designs and innovations – the domain of interior designing too have had a consistent record of evolving and growing through the years.

In today’s fast-paced world, there are new trends – almost forming itself – every day; half of which end-up turning in-to a viral sensation every other day.

In today’s edition of our blog, we will take a brief look at some of the major events and other happenings that have taken form and place in February 2020.

Kochi-based Architect Jayadev Keshavankutty is well-known for creating spaces that resonate with the people who not only love a more holistic and minimalistic designing style, but, also a well-thought-of plan that includes the use of resources in a sustainable manner.

Jayadev embodies these qualities and quite a few more; which is what has made him such a well-known name throughout the country.

His new project – a 6,500-sqft residence in Aloor, near Irinjalakkuda is a thorough portrayal of some of his finest work put in-to play.

Volvo owned – Polestar – has unveiled what their services in the future for vehicle feasibility, usability and user-friendliness is going to like.

In February, they showcased how they were going to take things to a whole new level when they launched their next-generation human-machine based interface; or, HMI.

Just as the time before, their efforts have been integrated with the aid of Google-based – Android.

Their plans are brilliant, yet quite simplistic in manner. Although – for an idea long though-of, and, only recently implemented – they’ve good an outstanding job.

Their premise, through the implementation and use of their new HMI, would be to deliver a more comfortable and personalised experience for the driver. And, with aspects like – providing each driver with customised and tailored information – as soon as they approach the vehicle and are detected by the Polestar Digital Key, and, advanced eye-tracking and proximity sensors that would provide information to the driver on how much time they spend looking at their screens, instead of the road ahead – they’re most likely to cause a huge stir in the space for design and designing in the automobile industry.

A substantial part of the well-known – In-land Group – Inland Indoors has been steadily creating a name and space for itself it in the domain of the interior designing. Over their five year span – they’ve massively contributed towards an overall progression towards the interior designing market; especially – in the state of Karnataka.

This is one of the main reasons why they received an award for 'Outstanding Residential Apartment Interior Project' at the 'IDWA 2020 (Interior Design Wow Awards)' event.

A program conceptualised and conducted by the Indian Design School and AK Group, the award was presented to Meraj Yusuf Siraj by Ar Shamala Prabhu – one of the state’s best-known architects and NEC member of IIID; in a glittering ceremony that took place on the 7th of February at The Gateway Hotel in Mangaluru.

4) Prodi – A Noida-based interior design company recently landed real-estate giant – Mahagun Group – as a client and can expect to touch the Rs. 300 Crore revenue mark by 2021

Run by a small team of 15 and deeply embedded in the philosophical roots of Italian designs – Prodi – has been creating a name for itself in the space of smart, classy and slick interiors for a while now.

Bootstrapped from the very beginning (2016), Prodi, is the brainchild of Ritkrit Jain. In Italian, the word ‘Prodi’ translates to a group of brave and courageous people; something Ritkrit believes to be within each and every entrepreneur – is not only in the country but, the whole world.

Currently, Prodi is mainly functional in three key areas within the interior designing market; they are – commercial offices, hospitality, and retail spaces. However, they’ve put in a lot of work over the years and that is exactly what has got them a client as huge as the Mahagun Group.

Prodi will become profitable and reach an Rs. 300 Crore turnover by the end of 2021. Ritkrit goes on to add, “We want to do everything very organically.” He is not ready to part with equity and feels that Prodi’s customers are its biggest stakeholders.

As far as the future plans are concerned, Prodi is focussed on becoming a strong product, he says, adding, “We want to create quality offices for real estate players at the right cost.”

February has been another successful month when it comes to gauging the progress and promise that the Indian interior designing market has to offer.

Although still a relatively new industry in the Indian markets, some of the players who saw the opportunity a few years ago and seized it, have been doing extremely well.

The levels of depth in demand for jobs in the domain of interior designing, the kind of outcomes and results that we get to witness on most days, the overall demand for more, etc. has all contributed towards giving this field a refurbished look and feel – that in the long run – would only go towards provisions for a lot more.

Stay tuned for our monthly updates on fashion and style. 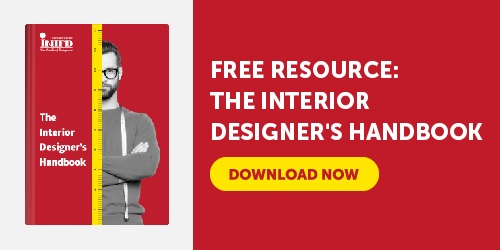